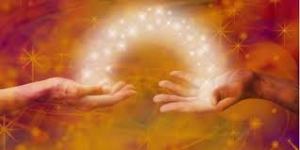 On any given day, the news reports a story of someone being indicted for some white-collar crime. I wait for the name of the alleged perpetrator. Not Jewish? I breathe a sigh of relief. Whenever Jews, and especially religious Jews, make the news for dishonest, criminal or other bad behavior, I cringe and feel sullied in the core of my Jewish collective soul.

Maybe it stems from this week’s Torah portion, “Emor,” where God charges the Jewish people with the task of sanctifying His Name here on earth. One way of doing that is to act in a way that causes people to revere God, which is called a “Kiddush Hashem” (sanctification of God’s Name). By standing for and becoming living embodiments of holiness, we become God’s emissaries, as it were. Sadly, however, the reverse is also true, and when we act in unsavory and hypocritical ways, so as to garner contempt, it is called a “Chillul Hashem” (desecration of God’s Name).

Standing Up for God – Really?

Sounds like a very tall order – “sanctifying God’s Name.” Furthermore, we are told: “God’s honor is at stake.” How is it even possible that we mere mortals can have any effect on an infinite and perfect Being? The Jewish people – and the world – had just witnessed the destruction of the most powerful civilization on Earth, along with the toppling (literally) of its many gods. The God that redeemed the Jewish people brought the plagues, turned nature on its head, split the sea, etc.   This unimaginable reality was a new paradigm for our understanding of the almighty power of God who directly intervenes in history. Did God really need the Jewish people to be His PR agent?

Furthermore, this command comes at a time when the Jewish people were barely out of Egypt. Had I been there, I could imagine my reaction: Seriously? I am supposed to be Your emissary to make You look good? I’ve been a slave all my life. And as you know, God, I have post-traumatic-stress disorder, my self-esteem is in the pits, and my inner child is wounded to the core. No offense, God, but Your expectations of me are completely unrealistic. God does not ask the impossible, however. In trusting me with His honor, does God know something about me that I don’t know, or am afraid to know?

In a very familiar quote by Marianne Williamson, she says the following:

Our deepest fear is not that we are inadequate. Our deepest fear is that we are powerful beyond measure. We ask ourselves, ‘Who am I to be brilliant, gorgeous, talented, fabulous?’ Actually, who are you not to be? You are a child of God. Your playing small does not serve the world. We are all meant to shine, as children do. We were born to make manifest the glory of God that is within us. And as we let our own light shine, we unconsciously give other people permission to do the same.

What Lights You Up?

So how do we light up? And how do we teach our children to shine? This Torah portion begins thus: “God said to Moses: Say to the Kohanim (the priests), the sons of Aaron, and tell them….” This phrase is repeated over and over, followed by copious instructions for the priests, who were responsible to properly instruct their own children. Rashi, the medieval commentator, explains that the repetition was for emphasis and thus Moses was “warning” the priests of the importance of this task.

The Hebrew word “to warn” is “l’hazeer” and it is related to the word, “zohar,” which means “light.” Predating by thousands of years a contemporary idea one would find in any spiritual parenting book, the Torah is teaching that the purpose of educating our children is to “light them up from within.”[i] It is no coincidence that we use the term “to enlighten” to impart knowledge. True enlightenment is not about acquiring knowledge, however, but about gaining wisdom. Being enlightened is not an external process; rather, it’s the revealing of our inner essence and wisdom, our divine truth.

And so Moses was “warning” the Priests that the process of educating children is not just the external downloading of information but the internal cultivation of their character to reveal their inner greatness, because the essence of parenting is to build a child, and in so doing, to fill the child with light.

Similarly, the essence of the Jewish people is to build this world.   All Jews – not just the “Kohanim” – are charged with being the Priests of this world and being a light unto the nations.   When we understand who we are at our core, and when our external behavior is congruent with this inner reality, then we could never act in any way other than to sanctify God’s Name.   And then, being lit up from within, we would shine with holiness, where living in such a way as to honor God’s Name, would be effortless and natural.